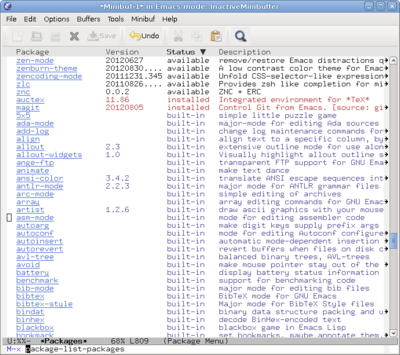 You’d probably notice that your list of available packages is not particularly long. That’s because the official Emacs 24 package repository has a strict licensing (and source code) requirements to include a package there. Luckily there are a number of community-maintained package.el repos around with much more relaxed requirements. Probably the most popular of them is Marmalade, created by Nathan Weizenbaum of Sass and Haml fame. You can include it in your package-archives list like this: